The rise of the green financial hubs 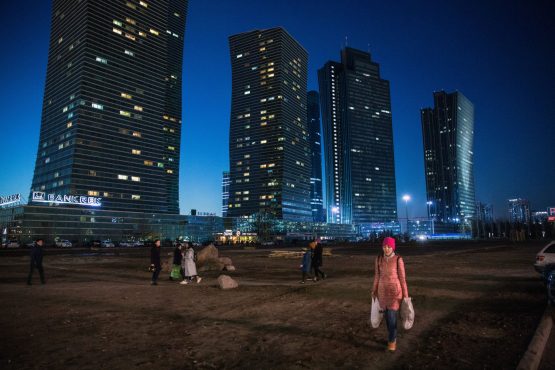 Green finance is a worldwide affair. While the traditional money centres of New York and London play critical roles in the burgeoning renewable economy, investment is increasingly originating farther afield, nearer to places in need of upgraded energy infrastructure. That means countries from South Africa to Morocco to Kazakhstan are betting they can compete as new hubs of climate-focused funding.

Standard Bank’s South African Unit, for example, this week sold the continent’s biggest green bond yet. Africa is expected to attract significant green investment as it builds up solar and wind power, exploiting an opportunity to leapfrog outdated fossil fuel energy systems. Aspiring green finance hubs are already rising in such places as Casablanca, Lagos and Johannesburg to fund this tectonic shift.

Tiny Luxembourg, which launched the world’s first green securities exchange in 2016, has the largest market share of listed green bonds, while Astana, in Kazakhstan, is trying to brand itself as the centre of Central Asia’s green finance market.

“Cities all over the world have expanded their thinking, policy and investment in the energy space into efficiency, renewables and smarter infrastructure,” says Kristin Barbato, co-founder of Dynamo Energy Hub, which is building networks and workspaces in cities around the world for cleantech entrepreneurs.

This isn’t to say international banks are standing on the sidelines. France’s Credit Agricole surpassed Spain’s Banco Santander last month to become the top underwriter of green bonds so far this year. While France has dominated green bonds in 2020, China was the dominant issuer last year. Hong Kong’s Financial Services Development Council meanwhile has been working since 2016 to establish that city as a regional green finance hub, saying “if it does not seize this opportunity, others will do so.” They already are.

The shifting centres of green finance are also about tackling the world’s environmental problems where they start. Most of the plastics flowing into the ocean come from a few South Asian countries. The answer to fixing this global problem is local recycling infrastructure, according to Rob Kaplan, founder of Singapore-based Circulate Capital. The firm has raised more than $100 million from plastics makers to stop trash from reaching the ocean. The fund, which just opened, is deploying capital fast: With 10 deals currently in due diligence, it expects about one-fifth of its assets to be committed by summer. “There’s so much pent-up demand,” says Kaplan.

Most infrastructure projects have historically been funded at the local level, so it makes sense that finance centres are proliferating, says Scott Jacobs, founder of San Francisco-based Generate Capital, which recently raised $1 billion to invest in clean energy infrastructure. The big issue for future infrastructure won’t necessarily be financing, but rather people to think up what we need to build next. “Electricity decarbonisation is not going to be a problem anymore — it’s happening,” Jacobs said. “But what we really need now is for the 27-year-olds who are excited about building the next app to want to build the next landfill gas system instead.”

Emily Chasan writes the Good Business newsletter about climate-conscious investors and the frontiers of sustainability.