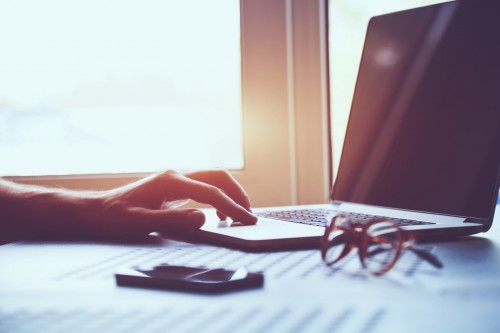 An article about the South African Revenue Service (Sars) published earlier this month prompted many taxpayers to write in about problems they have experienced.

Moneyweb asked Sars for comment. It responded, saying that “some of the aspects that we are picking up from your article, as well as the complaints sent through and questions posed in your query” include the following:

1. Taxpayers need to know how to complain and the complaints channel/process available to them

2. Taxpayers need to know what recourse is available to them when they are unhappy about a transaction or outcome that was communicated to them

a. Lodge an objection

b. Lodge a suspension of payment

c. While a and b above are in place, come to an agreement with Sars.

3. Taxpayers need to ensure that Sars has their correct contact details and then act (follow-up) immediately on communication from Sars (sent via email and SMS, in addition to eFiling). The email and SMS alerts the taxpayer to what was sent on eFiling.

Sars responded to specific queries sent to it by Moneyweb as follows.

Unsophisticated taxpayers have no idea how to deal with additional assessments, or errors made by Sars, or errors they have made on eFiling payments, resulting in penalties and interest. Has Sars considered running webinars explaining these processes?

Will Sars ever appoint an office to deal with small taxpayers’ problems, or does Sars expect them all to go to tax practitioners or tax lawyers?

Sars’s response: Currently the channels available to taxpayers including individual taxpayers and small business persons is the contact centre and branches where tax agents assist the taxpayer. When it comes to eFiling, Help-You-eFile is the mechanism to connect them to real-time assistance from a Sars tax agent, while on the Mobile Sars application (Sars MobiApp), a call-back function connects them to the Sars contact centre.

Where there is an objection by the taxpayer, the above recourse steps (complaints channel, suspension of payment request) are available for Sars to review the assessment.

I recently asked Sars Commissioner Edward Kieswetter at a live session what would happen if an employer had not paid over the pay-as-you-earn (PAYE) tax to Sars. He answered that the employee will never be liable. But of course, the employee is liable, and Sars now takes the money from the employee’s bank account. Is Sars going to continue with this practice?

Sars’s response: In such situations, Sars’s procedure is to obtain evidence in the form of the taxpayer’s/employee’s payslips and bank statements that show the PAYE deduction. Once this is obtained the PAYE credit is granted. Collection is made when the taxpayer (employee) has not provided sufficient proof. In the case where PAYE was withheld by the employer and not paid over to Sars, the employer will be held liable. The employee however has to provide the abovementioned evidence when claiming a PAYE credit. We often find these situations where taxpayers (employees) approach Sars with no IRP5 certificate issued by the employer.

Many taxpayers have written to me saying that they have had the exact same experience as SIP Project Managers – that is, Sars raising an additional tax assessment, the taxpayer not knowing about this, the taxpayer not being sent letters of demand, the letters of demand not appearing on the eFiling profile. There is obviously a serious shortcoming within Sars. Does Sars intend to address this in the near future?

There also appears to be a problem with system-generated letters. Not only are they not emailed to taxpayers, but they do not necessarily appear on the taxpayer’s eFiling profile. It is apparent that Sars’s employees can generate these at a later date, an abuse that is foiled if the taxpayer has taken a screenshot of their eFiling profile.

In response to questions 5 and 6, the following principles are applied when issuing correspondence (i.e. letters) to the public:

Sars has in recent times abused the process of appointing a third party to take money from the taxpayer’s bank account without following due process.

Sars is gaining the reputation of treating a taxpayer as guilty, as someone untrustworthy, and that Sars can do no wrong.

Processes and recourse action is in place for taxpayers to query and object to any administrative action or outcome that has been taken by Sars, for the revenue authority to look into.

Sars further noted that there is a need for increased communication between itself and taxpayers at various points of their interactions and tax transactions, and will look into this.