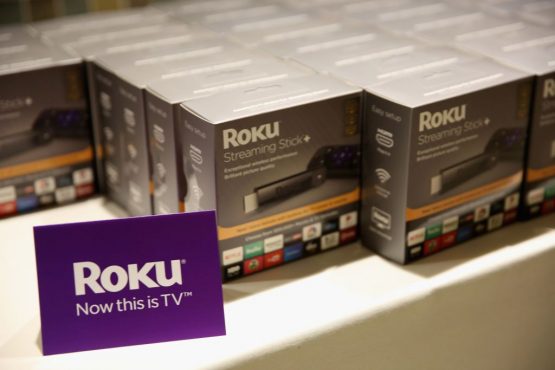 With Netflix soaring to new highs, it may be tempting to think video-streaming platform Roku might be the next big stay-at-home play amid heightened demand  for viewing options in a coronavirus world. But investors should be wary of any comparison between the two companies as they have drastically different business models. Simply, Roku is no Netflix.

Late Monday, Roku updated its financial guidance for the quarter ended in March, projecting a slightly higher sales range of $307 million to $317 million, versus its prior forecast of about $305 million. The company said it saw increased viewing numbers late in the quarter due to more people sheltering at home. It also withdrew its full-year 2020 financial outlook,  citing the economic uncertainties stemming from the Covid-19 pandemic. Its shares surged more than 10% in midday trading Tuesday.

At first blush, this seems like a positive development. Roku beat its revenue guidance and business trends recently accelerated as the public spent more time at home. But due to the nature of the company’s businesses, it isn’t as good as it looks for its future prospects.

Roku sells video-streaming hardware devices, which enable consumers to watch content over the internet, and licenses its operating system to TV makers. The company’s long-term strategy is centreded around its free on-demand, ad-supported content channels. Its Roku Channel offers thousands of free movies and TV shows, which the company uses to sell targeted advertising to marketers. Last year, Roku shares were one of the best performing stocks in the market, rising 337% on the back of  Wall Street enthusiasm over the company’s early success in ad-supported streaming TV market.

Therein lies the problem. Unlike Netflix, which has a more stable revenue stream from its monthly subscription fees, Roku is reliant on corporations buying TV ads on its platform. To illustrate, RBC Capital Markets estimates ad-based revenue will account for about half the company’s overall sales this year. But in a difficult economy struggling with the aftereffects of Covid-19, companies in almost every consumer discretionary industry — from travel to auto and retail — are likely to slash their ad budgets this year, directly impacting Roku’s business.

In fact, Roku said last night it expects some advertisers to pause or curtail spending in the near term. But perhaps a more striking tell of the company’s worries is its move to shore up its finances. Roku said it ended the first quarter with about $587 million in cash after it drew down $70 million in its credit lines.

“We decided it was prudent to draw down our credit facility in light of current financial market conditions,” Roku’s chief financial office Steve Louden said in the release.

In 2019, Roku lost about $60 million. It seems the company is battening down the hatches in case its losses get much worse.