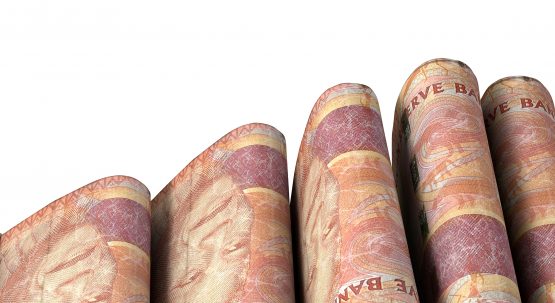 South Africa’s rand slipped back from a five-month high in thin trade on Monday, while shares in telecoms firm MTN fell after the company was named in a complaint lodged in a US court.

Read: MTN reviewing allegations after being named in US complaint

By 1600 GMT, the rand was around 0.3% weaker than its previous close at 14.08 per dollar after briefly touching its strongest level since late July earlier in the day.

The rand has gained more than 4% against the dollar this month, despite a raft of data releases showing a weak economy and nationwide blackouts by state power firm Eskom. Investors have overlooked the negatives because of the high yield associated with rand assets.

The rally has seen the rand hurdle key technical resistance points, first at 14.40 and then 14.20, but after dropping below the 14.00 psychological level the currency lost momentum.

An outlier was telecoms firm MTN, whose shares fell 0.74% after the company said it was reviewing allegations raised in a U.S. complaint which accuses several firms of paying protection money to militant Islamist groups in Afghanistan.

South African government bonds fell, with the yield on the benchmark 2026 issue up 7.5 basis points at 8.24%.