Ramaphosa: SA and the world we live in will never be the same 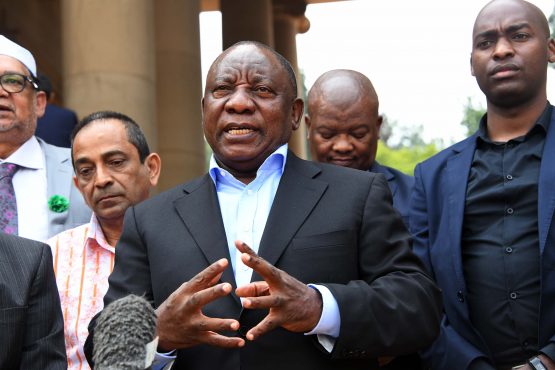 After five weeks of lockdown to mitigate against the Covid-19 pandemic, President Cyril Ramaphosa says economic activity will be allowed to resume in a gradual risk-adjusted manner and the details will be provided on Thursday.

On March 27 South Africa entered the first day of what was initially meant to be a three-week lockdown, that was later extended to five weeks as the government intensified nationwide testing for Covid-19 and ramped up capacity to contend with the inevitable rise of infections.

In response to the impact of slowed economic activity and the closure of many businesses, as people were directed to stay at home unless they were providing essential services, government launched the first phase of its economic package to mitigate against the impact that would have on businesses, communities and individuals.

The third phase Ramaphosa said will be the economic strategy that will be directed at the recovery of the economy beyond Covid-19, which will involve stimulating economic demand and supply through a massive infrastructure programme, urgent implementation of economic reforms, transforming the economy and other steps to “ignite” inclusive growth.

To start the recovery process the country would need to resume economic activity. Ramaphosa said he would address the nation on these measures on Thursday.

He again warned that an abrupt or untimely end to the lockdown could result in a “massive” and “uncontrollable resurgence of the disease”.

“We will, therefore, follow a phased approach, guided by the best available scientific evidence, to gradually lift the restrictions on economic activity,” said the president.

Government already started with this last week when it released regulations for businesses to trade in certain sectors such as mining.

We need a new order

Ramaphosa assured the nation that the crisis was not permanent and as such these measures will also not be permanent. In the interim, government will ensure that citizens receive sufficient support.

“The scale of this emergency relief programme is historic,” he said.

“It demonstrates that we will not spare any effort, or any expense, in our determination to support our people and protect them from harm”.

In the same breath, he emphasised the need for a new social compact between business, labour, community and government in order to restructure the economy for inclusive growth.

He said the government will build on the cooperation that has been cultivated between social partners during this crisis, by accelerating the structural reforms required to reduce the cost of doing business, promoting local procurement and manufacturing, restructuring state-owned entities and strengthening the informal sector.

“Our country and the world we live in will never be the same,” said Ramaphosa.

“We are resolved not merely to return our economy to where it was before the coronavirus, but to forge a new economy in a new global reality”.