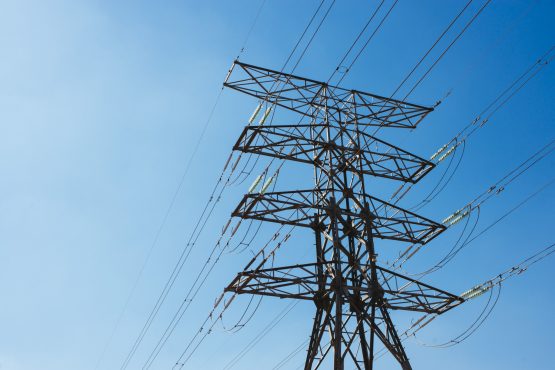 Municipalities want a piece of the pie for the electricity Eskom distributes in their areas of jurisdiction to address the financial distress many are in, especially smaller municipalities.

The matter is expected to come before the Constitutional Court within months and, if successful, could result in higher tariffs for end users who buy their electricity from Eskom, since they would then be charged higher municipal tariffs.

Read: Joburg prepaid electricity customers in for a shock

According to Eric Bott, director of Green Energy Management Consultants,  residents of Soweto who buy electricity from the metro’s City Power pay about 25% more than their neighbours supplied by Eskom.

In a case study he did, he found that a hotel in Rosebank paid R2 million per year more for electricity than it would have if it was situated in nearby Sandton, which is within Eskom’s area of distribution.

The Chartered Institute of Government Finance Audit and Risk Officers (Cigfaro) and the South African Local Government Association (Salga) are driving the municipal cause and accuse Eskom of contravening the Municipal Systems Act by refusing to sign a service delivery agreement with each municipality where it distributes electricity.

They responded to an earlier statement by Eskom group chief executive Andre de Ruyter, who accused municipalities of driving up the cost of electricity to consumers by adding large margins to their bulk purchase cost.

Read: Confirmation that municipalities are a huge burden on taxpayers

According to Peet du Plessis, president of Cigfaro, Eskom does the distribution in up to two thirds of the country, mostly to townships, farm areas and mines. It charges tariffs that are generally lower than those charged by municipalities.

This is a legacy from when the area of municipal jurisdiction was limited to towns and did not include townships and surrounding agricultural areas.

The municipalities argue that electricity distribution is designated as a municipal function in the constitution and Eskom’s conduct is depriving them of a large and important source of revenue.

Eskom has, however, questioned whether it is an exclusive function.

The municipalities insist that Eskom’s distribution should be governed by a Service Delivery Agreement with the relevant municipality, in terms of which Eskom should charge the same tariffs the municipality does and pay the increased amount over to the municipality as a surcharge.

Since the disconnection of electricity supply is the most effective measure of credit control, Eskom should also on request of the municipality disconnect its customers if they are in arrears regarding other municipal services.

Cigfaro also wants Eskom to standardise the tariffs it charges municipalities per unit for bulk purchases. Du Plessis says large metros buy at lower tariffs from Eskom than small municipalities. Although it is technically justifiable, Cigfaro is advocating for equal tariffs with metros subsidising smaller municipalities.

Salga and Cigfaro hope that this could relieve the financial distress in many small municipalities and provide financial sustainability.

By the end of March municipalities’ arrear debt to Eskom amounted to R28 billion.

Bertus Maritz, an attorney at Bokwa Incorporated who represents among others the Matjhabeng, Letsemeng and Nala municipalities, estimates that Eskom “owes” municipalities R100 billion in lost revenue over the last three years.

He believes a surcharge of 20% on Eskom retail tariffs is fair.

According to Maritz the Matjhabeng municipality, based in Welkom in the Free State, is deprived of the opportunity to sell electricity to the townships, farms and mines in its area of jurisdiction because Eskom does the distribution.

This leaves it with little more than electricity sales and property rates in town as its main sources of revenue, which is completely unsustainable, he says.

Payment rates in the township are extremely low and without the opportunity to cut power supply, the municipality has no lever for credit control.

Matjhabeng is been opposing legal action by Eskom for arrears of R3.5 billion and the case is expected to be heard in the High Court in Bloemfontein in July or August.

Maritz says the municipality aims to have the dispute about the constitutional mandate to distribute electricity and several other principles before the Constitutional Court within six months thereafter.

Salga is expected to join the matter as a friend of the court.

Read: City Power sees a future that is ‘less reliant on Eskom’

Eskom maintains that it distributes electricity in accordance with the Electricity Regulation Act and the conditions of the distribution licences it was issued by energy regulator Nersa.

It said it is talking to Salga to find a solution so that municipalities fulfil their obligations.

The tariffs it charges municipalities for bulk purchases are based on cost reflectivity and have been approved by Nersa, the utility said.