Investors gird themselves for an onslaught of financial fraud 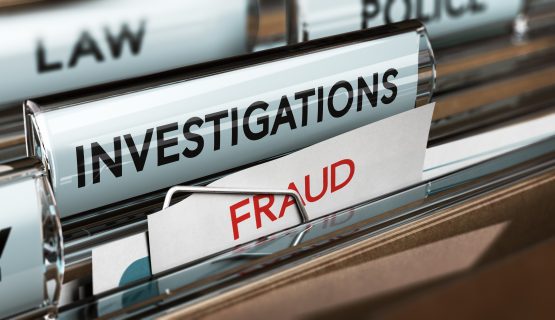 One way to gauge investor suspicions that financial managers are going to start cooking the books is to look at how many are insuring their portfolios against this possibility.

InvestSure, which offers insurance against allegations of management deception and misbehaviour, reported a nine-fold increase in product sales in March and April, at the onset of the Covid-19 pandemic.

“This tells us that investors are nervous and they may be expecting a sharp uptick in corporate fraud,” says Shane Curran, CEO at InvestSure.

The company offers insurance against share price losses arising from allegations of corporate financial deception – whether these allegations turn out to be true or not.

The product payout is triggered by allegations of fraud accompanied by a 10% drop in the share price.

Read: You can now insure your equities against management dishonesty

Curran says economic downturns are typically accompanied by an increase in corporate fraud, and points to the 2008 collapse when Lehman Brothers went bankrupt, and Merrill Lynch, AIG, Freddie Mac, Fannie Mae, Wells Fargo and Citi Bank were bailed out by the US government after their share prices collapsed following the subprime mortgage scandal.

US banking group Bear Stearns was acquired by JPMorgan Chase for $10 a share (far below its pre-crisis high of $133.20 a share) and Merrill Lynch was bought by Bank of America, which was the recipient of a $15 billion bailout from the US government.

Rating agencies S&P, Moody’s and Fitch were all fined for their part in the crisis.

This time around, the cracks are already starting to appear, mostly in China.

In April this year, Nasdaq-listed Luckin Coffee, headquartered in China, admitted to fabricating $310 million in sales for the 2019 financial year. This was after an investigation by US-based short seller Muddy Waters alleging irregularities in reported sales figures at the company which was touted as China’s answer to Starbucks. Initially, Luckin denied the accusations, but later came clean, pinning the blame on its chief operating officer.

In a matter of days, Luckin’s market cap had shed $9 billion (or about 90% of its value), nearly equivalent to the entirety of Standard’s Bank’s current value.

A few days later, Muddy Waters was at it again, this time announcing it had taken a substantial short position on China’s online streaming service, iQiyi, claiming the company had fabricated revenue and user numbers.

There was more to come: Chinese tutoring business TAL Education was the next to admit inflating sales figures to big-up the share price, which promptly fell 18% on the New York Stock Exchange.

This had a knock-on effect on other Chinese company valuations, fuelled in part by China’s refusal to submit to US auditing standards – something the US has been pushing for.

South African companies accused of cooking the books in recent times include Tongaat-Hulett, Steinhoff and EOH.

The last events to trigger a payout by InvestSure were in May 2019 when Tongaat warned it would have to restate its 2018 financial results, and in July 2019 when EOH announced it had found suspicious transactions worth R1.2 billion.

InvestSure also paid out on Aspen Pharmacare in August last year when it was accused of being party to anti-competitive agreements in the UK – though this was not related to financial misstatement of results.

It’s important to note that the mere allegation of corporate deception does not mean it’s true.

It often takes months or years to get to the bottom of these allegations, though InvestSure will pay out provided two conditions are met: the allegations of deception are made, and the share price drops 10% within two days of the news being made public.

Curran says investors are loading up on insurance against possible fraud at virtually all the Top 100 shares, including the major banks.

“Warren Buffet famously said ‘When the tide goes out, you can see who’s swimming naked’. This economic crash will no doubt make it much harder to hide financial fraud.”

The International Ethics Standards Board for Accountants recently issued an ethics guide to accountants, detailing their professional obligations during the time of Covid-19.

The body says accountants will have to guard themselves against pressures to submit false submissions for government Covid-19 assistance, to falsify financial statements and make false declarations to the taxman.

It warns accountants not to side-step the five fundamental ethical principles of the profession: integrity, objectivity, professional competence and due care, confidentiality and professional behaviour.

Curran says InvestSure, which is backed from a risk perspective by Compass Insurance Company, will soon offer its products to the international market. For the time being, insurance is available on SA-listed equities only.

*Fortress and Nepi Rockcastle are under the Resilient stable.