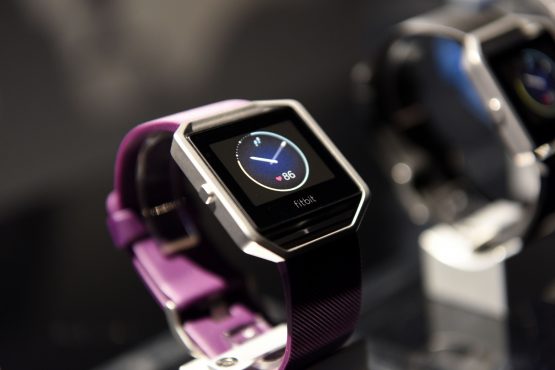 Google faces a lengthy European Union probe into its $2.1 billion takeover of Fitbit Inc. amid concerns about how health data could strengthen the search giant’s power in online advertising.

The EU will investigate how information from Fitbit’s fitness trackers will increase Google’s “data advantage” in online advertising that rivals would struggle to match, the European Commission said in a statement on Tuesday. Officials set an initial December 9 deadline to approve or veto the deal.

Regulators are increasingly scrutinising Silicon Valley takeovers, aiming to prevent the already powerful firms from conquering innovative new markets where data is often the most prized asset. Privacy and consumer advocates have been calling on the EU to examine how the deal could allow the Alphabet Inc. unit to expand into healthcare.

“This data provides key insights about the life and the health situation of the users of these devices,” said Margrethe Vestager, the EU’s antitrust commissioner. “Our investigation aims to ensure that control by Google over data collected through wearable devices as a result of the transaction does not distort competition.”

The EU will focus on online search advertising where it says Google is dominant in most of Europe and on online display ads where it says Google holds a strong market position in 20 European countries. It will also examine ad tech services, how the deal will affect digital healthcare and whether Google could make it harder for rivals to make devices that work well with its Android mobile phone software.

Google insisted the “deal is about devices, not data,” according to a blog post. “There’s vibrant competition when it comes to smartwatches and fitness trackers, with Apple, Samsung, Garmin, Fossil, Huawei, Xiaomi and many others offering numerous products at a range of prices. We don’t currently make or sell wearable devices like these today.”

Google said it won’t use Fitbit health data for Google ads and will give Fitbit users the choice to review, move or delete their data. The company will also “support wide connectivity and interoperability” of Google products with others.

Google and Fitbit shares were little changed at 11 a.m. in New York.

The EU said Google had offered to store some of Fitbit’s data separately from other Google data. Regulators said that was insufficient to address its concerns and would not have covered all of the Fitbit data that could be valuable for advertising.

The wide scope of the probe seems to be a response to criticisms that antitrust authorities have failed to curb deals that extended Silicon Valley’s control into new industries.

The Fitbit deal is set to be “a worrying game-changer” said Monique Guyens, the head of European consumer advocacy group BEUC. The EU probe is crucial “because wearable devices like Fitbit’s could in future give companies details of essentially everything consumers do 24/7 and feed digital services back.”

Many big tech takeovers of small firms have escaped EU regulatory reviews since target firms made little or no revenue.

The US Justice Department is also investigating the takeover, while Australia’s merger authority flagged preliminary worries in June over Google’s access to health data.

The deal sparked antitrust and privacy concerns as soon as it was announced in November with US lawmakers and consumer groups voicing criticism. It came in the midst of a separate antitrust investigation by the Justice Department into whether Google illegally monopolised digital advertising markets.

EU regulators started a sweeping inquiry into devices made by Google and others that collect consumer data last month. Vestager mentioned wearable devices such as Fitbit as one of the many data-collecting products that officials will scrutinise.