Change your relationship with money in 2020 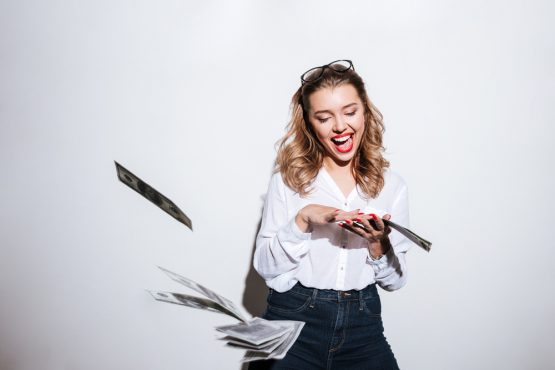 A budget is one of the most powerful tools in managing your personal finances. It is also, for many people, one of the least attractive.

Budgets can feel restrictive and demanding. Tracking every rand that goes in or out of your wallet suits some personalities, but it certainly isn’t everybody’s idea of time well spent.

This is why, as useful as budgets are, they don’t always work. Many people don’t like the idea of having to account for every transaction, and being limited in what they can or can’t buy because of the decisions that they made when they first drew up their plan. These constraints are simply too much for some people, who react by throwing them off altogether and going back to their old spending habits.

Logically they may recognise this as problematic, but emotionally they cannot live a life that feels so regulated.

In some cases, the opposite may also be true. Some people find themselves being so determined to stick to their budget, that they drain all the pleasure out of their money. They are so single-minded about being responsible that they don’t spend on anything that isn’t practical or absolutely necessary.

This is really a form of neglect. If you have earned your money by working hard for it, you have also earned the right to get some joy out of it. Spending too much is certainly a more dangerous problem, but spending too little can also be a sign of having a poor relationship with money.

It is therefore worth thinking about whether there is a better approach than a strict budget – something that allows you more freedom, but still meets the important need to regulate spending in some way.

The biggest benefit of a budget is that it forces you to think about where your money is going. By tracking your transactions you get to see your spending habits. You also get to compare these against your income and decide whether it makes sense to be apportioning the money you earn in the way that you do.

For instance, if you earn R20 000 a month, and the repayments on your car are R5 000, does it feel right that a quarter of your income is going towards a depreciating asset? By putting these numbers down on paper, you have a much clearer basis from which to answer that kind of question.

On the negative side, however, it can also lead to self deprecation. When you look at your monthly expenses you may feel that you are seeing a series of bad decisions, and you just can’t help yourself from behaving this way.

A useful way to deal with this is to become more conscious about your spending. This may sound esoteric, but it is actually entirely practical.

Essentially, it happens in two parts. The first is at the point of spending the money. Before you buy anything, pause and consider if this is something that is going to add something worthwhile to your life. Is it a priority? What is its purpose?

Just taking that moment to consider this might stop you from the kind of emotional spending that is often problematic.

A simple example would be going to a clothing store because you know you need new socks, but when you get there you find there is a sale on shoes. You had no intention of buying shoes when you set out, and you do not need a new pair. Allowing yourself to recognise that may allow you to avoid the consumer trap that was otherwise waiting for you.

The second step is then to make sure you get a receipt for every purchase you make, and immediately noting down on that slip why you made it. This only needs to be a few words that will remind you of what it was for and how you were feeling when you spent that money.

Keep those slips so that you can review them a couple of months later. Look over what you bought and consider whether you still feel the same way about how you spent your money.

For example, you may have had a bad day at work, and so you end up in the electronics store buying a new gadget as a form of retail therapy. A month or two later, however, you may realise that you have hardly used that gadget, and it really has made no lasting improvement in your life. Recognising this will make it far easier for you to avoid doing something similar in future.

Going over those slips will also help to you appreciate those purchases that really did enhance your life or bring you pleasure. You may well realise that you are not spending enough on these sorts of things.

The aim is to become more conscious of your spending, which is decidedly difficult in the immediate, consumerist world in which we live.

We are bombarded by opportunities to spend our money, and they are all dressed up to look as attractive as possible, mainly to appeal to our emotions. Being aware of what actually does add to our lives and what doesn’t helps us to address our spending decisions a lot more objectively. It will also help to guide our spending away from the things we don’t really want or need, and towards those that we do.